What is Chelation Therapy?

Medically backed, safe IV treatment to enhance blood flow and cell health and escape surgery. It is a medical technique that involves the management of chelating agents to remove heavy metals from the body. In addition, it is the preferred medical treatment for metal poisoning, including acute mercury, iron, arsenic, lead, uranium, plutonium and other forms of toxic metal poisoning.

A study called “Trial to Assess Chelation Therapy” has statistically proven that chelation therapy helps in the healing of the following problems:

How Does Chelation Therapy Work?

It will involve an intravenous administration of a potent antioxidant called ethylenediaminetetraacetic acid (EDTA). EDTA gains entry into the bloodstream and binds with heavy metals like lead, cadmium, iron that can cause free radical damage to the arteries. 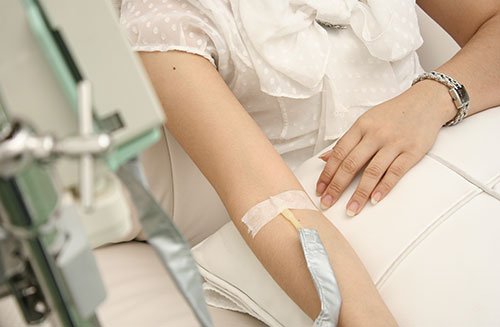 By adhering to these metals and transporting them out of the body through the urine, EDTA decreases the body’s toxic metal load and delays the process of atherosclerosis.

EDTA also clears out too much calcium from artery walls which makes them a lot more responsive and more capable of dilation.

Because calcification of arteries is a significant factor in atherosclerosis, this is also an added approach in which chelation restores the function of arteries and promotes blood flow. As an extra benefit, chelation has blood-thinning properties and prevents the development of potentially lethal blood clots that can cause a heart attack or stroke.

During the course of the therapy, which takes one to three hours, you will relax in a recliner while EDTA is given slowly through an IV. An entire course of chelation therapy involves as much as 30 treatments, generally done one to three times per week.